Addressing issues beyond individual scale, one may speak about social constructions,  interpretation contexts, or cultural paradigms. Describing the history of civilizations, Oswald Spengler considered a culture as a ‘Lebewesen’ (living being) with its own birth, growth, and development of rise and fall. In the Middle Ages, this ‘Lebewesen’ was named after patron saints or angels that may protect certain people or a specific culture. Ancient times honored these beings as sons of gods and the highest representative of a culture was often considered as a divine incarnation or at least as an intermediary between that culture and those heavenly beings. Metahistorical study nowadays can not naively start with metaphysical concepts of history. Spenglers ‘metahistorical schema’ must be verified with factual events and be extended by doing justice to the difference of cultures. This was the merit of the historian Arnold Toynbee who critizes Spengler on these points. However, not only the verification of metahistorical hypotheses, but also the generation of these hypotheses must relate to historical events. This search for the metahistorical issues and approaches from within historical events and contexts is similar with the search for the ‘universal within the particular’. However, from Socrates onwards this focus on essentials is our biggest challenge in thinking. The struggle about the ‘universalia’ at the start of the universities in medieval times and the breakthrough of Cartesian thinking has made this ‘Goethian’ approach more difficult. Although Plato and Aristotle discussed this issue deeply, some footnotes may be worthwhile for understanding and constructing our own time.

The term ‘metahistory’ suggests a history beyond history. Nowadays this meta-history is often interpreted philosophically as a ‘reflection on history’ or the ‘philosophy of history’.

Modern philosophy, presupposing a distinction between subject and object, may suggest to interpret the term ‘meta’ as based on the distance between a subject reflecting on history and a scientific object. Metahistory in that context denotes the science to study the methods of history. 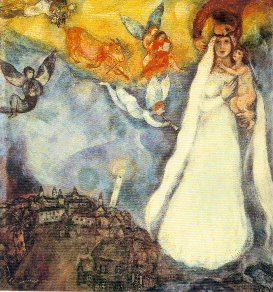 Mediaval thought considered ‘meta’ as ‘above’, based on the distinction Thomas Acquino described between natural and supernatural. Metaphysics was considered as concerned  with the knowledge beyond or above physics. The world was ideally viewed ‘sub specie aeternitatis’: from eternal perspectives, from a Gods Eye point of view. Metahistory in this respect is the belief in a parallel world above ours in which gods, angels and saints rule or influence our world.

In ancient times both the modern subject-object split as well as the medieval separation between natural and supernatural was not experienced as such. Although the Greeks did have their own world of gods (especially in the pre-socratic era), their relation with that world was not yet distinct but more intimate and closely related to daily experiences due to ritual repetition of the great mythological stories. E.g. the origin of the Olympic Games is a renewed experience of a divine struggle with the aim to incorporate divine courage, persistence and victory. The Greek tragedy may utterly show a world of gods, but in fact it educated or inaugurated the Greeks, because they recognized these stories as ‘magnifications of human inclinations’ as we would say today. In this way, Nietzsche has opened up the underlying Greek dichotomy in the essences of Dionysos and Apollo for a nihilistic time in this way.

In our current post-modern time we are dealing with these three interpretations of ‘metahistory’:

An important approach in post-modern history is the historical context determining (the interpretation of) events: a historical event of 3 centuries ago must fit the paradigm of 3 centuries ago. To avoid a anachronistic interpretation of events, for example describing a historical happening with modern terminology and current moral distinctions, historicism suggests to become synchronic with the time of those events in the first place.

However, it is not easy to imagine time and place of the events under study. Historicism requiring this too strictly will disable historiography: it is after all rather difficult for the generations to put themselves into the position of the people living in the inter-bellum. Some argue that the time before 1917 is hardly possible to become familiar with, or the period of Europe before the French Revolution, let alone how difficult it is for us to get inaugurated in the Greek mystery cult.

Historicism in practice limits itself therefore to a formal requirement: the interpretation of an event must fit current interpretations of other events in the same period of time. As a side effect, the danger of fragmentation occurs: the smaller a time-interpretation horizon, the easier to achieve a fit. From this formal requirement, historicism addresses important methodological questions of metahistory: how to become synchronic with (distant) past phenomenons and how to distinguish between short and longer periods of interpretation horizons? For example, it seems plausible that religious wars have a longer horizon than fashion issues, but what are the criteria we use and what about the possibility of ‘eternal horizons’ that enable human beings to experience unfamiliar cultural contexts?

A possible way to study this kind of metahistorical questions is to link metahistory with philosophy of cultures: the interpretation horizon fits then with a specific culture. In this way, it becomes clear that age-old traditions of Chinese or Jewish culture are not immediately understandable for Western-Europeans nowadays. Referring to the enormous amount of New Age books, one may conclude that wisdom from other cultures inspires people, but understanding by becoming synchronic is, metahistorically perceived, something different. Cultures on this level are quite different, ‘have their own paradigms’ we would say now, and the experiences of people in a culture may therefore be different. Realizing a stable multi-cultural society must be based on a mutual understanding, meaning an understanding of each others culture (with their origin, traditions and diversities) from within. Metahistory in this perspective focusses on the questions: what is culture, what is typical for a culture, where are the cultural bounderies, what determines a culture?

To avoid anachronistic interpretations, not only the cultural context and terminology of that time must be taken into account, but also the way  ‘metahistory’ is perceived. In different cultures different ideas on metahistory might be used. Even within one tradition, like the Western-European, we observed different readings of metahistory. This phenomenon requires self-critical and reflective way of studying. For example, a metahistory of ancient Greek culture nowadays must include the Greek world of gods, despite the fact that we might consider this world nowadays differently. Even the interpretation of the dialogues of Plato, who lived in the transition period between the Greek and Roman culture, must deal with gods and ‘daemons’, otherwise the content of that written wisdom will not be disclosed. However, if one accepts that the experience of a world of gods belongs to a period of time (and thus also for our understanding of that time), but also accepts that the world of gods is perceived differently nowadays, one must unavoidably deal with the question: what happened in the mean time? By emphasizing some lessons of current historicism, one can’t avoid asking how and when, for example, the world of gods disappeared. Have the Greek gods really vanished, did the medieval god hide himself, is God dead or is our ability to experience a divine world perished, do we have still antennas for (very) long term culturally plans (besides our physical ones)?

The reflectivity in being engaged in metahistory raises new issues that are hardly addressed in a traditional historical or in a historicistical approach. For example, a longitudinal search for previous causes of a (mono-disciplinary) event, as traditional history is aiming at, does neglect all different kinds of (multi-disciplinary) changes within one culture during a time of change. But, what happens during that period of change, and how to deal with the suggestion of an overall (metahistorical) cause within that period of time? Historicism as a reaction on a naive interpretation of different times and cultures, suggest interpretation time-frames in which different concepts and different paradigms can be studied in their own right. But, what happens in-between, and how to deal with (metahistorical) constancies beyond historical changes. Metahistory suggests the possibility of a continuity behind changes that might cause a contingency.

Metabletics, the study of changes, focusses on the synchronic nature of several changes. For example, a new style in church architecture is often established in the same period as the determination of new theological dogma’s or new scientific publications. Changes like these can be found by a phenomenological method. Addressing the synchronic nature of these changes by metabletic studies suggests a surprising connection; usually we say ‘a new spirit of times occurred’. Metahistorical studies take it further: ‘what is that spirit of times and why is it occurring at that specific moment in time? The grounding father of metabletics is the Dutch psychiatrist professor Jan Hendrik van den Berg. The father of the Dutch metahistory is cultural philosopher and theologian Frank de Graaff. Both scholars met frequently and, like experienced chess players, discussed the turning points in history. F. De Graaff departed this life in 1993 and at the same time a celebration book was published for the occasion of his 75th birthday. The contribution of J.H. van den Berg for this celebration book was titled: ‘Devoot humanisme’ (devout humanism). This post-renaissance stream in the flourish period of the European culture, not only had religious dignity but also a deep respect for human creature. One experienced free will of an individual co-existing with a sovereignty surpassing any individual. This implacable duality was cherished and the tragedy occurred as encore to express ultimately people’s fate on earth. In this way history and metahistory must go together, although they might be considered and experienced as implacable. The life of people with their daily ups and downs and at the same time with all their acts that witnesses a superhuman inspiration is an inexhaustible source for studying this duel.